The HTC Hero is an Android phone that was built in three different versions (one GSM and two CDMA) by HTC. Add a device tag only if your question is genuinely specific to your make and model! Most questions aren't device specific.

The HTC Hero is an Android phone that was built in three different versions by HTC. There is a GSM version for outside the U.S. and two CDMA Versions (the Sprint HTC Hero and the Verizon Droid Eris). The HTC Hero was Sprint's first HTC Android device. 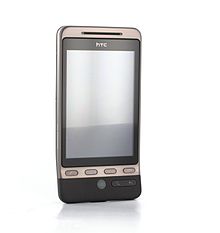 Full device specifications can be found at GSMArena.